For a shooter, having a tactical scope is a necessity. In the early days, iron sights were the standards for accuracy. But with the passing time, manufacturers have come up with various scopes to make each shot count.

It is the very reason for us to welcome you to the Monstrum tactical  6-24×50 rifle scope review. We will go over almost each and every feature which we think will make a difference. But first, let us have some over the water discussions before diving in.

A “Tactical” scope, as you may all have heard somewhere, is a specialized scope which acts as a catalyst for you to become a better shot. Tactical scopes clearly offer better vision and clarity while you are maintaining a composition of precision and accuracy. Also, they come with a number of attachments for added precision.

Now as you are reading the Monstrum tactical 6 24 50 scope review, it is obvious that you would want to have the best scope in the market. But, apparently, tactical or sniper scopes have pretty hefty price tags. So, you will need to cut corners if you are on a tight budget.

As you are about to dive into the overall specifications, you will probably run into some terms which may not be familiar to you.

So, in order to make your life easier, we will go through the points which we think will make an impact. As we go through the review, we will briefly try to touch and explain the tiny details which you need to focus on.

So, without wasting any more time, let’s get started!

What do you get?

Let’s get the obvious information out of the way.  The FFPS62450-R tactical scope is 16.6 inches in length and weighs around 1.14 pounds. The scope is fog and water resistant and requires 30mm diameter springs for mounting.

Now the included items inside the package are:

All sniper scopes are tailored from the highly durable material. Even in the case of the Monstrum FFPS62450-R, aircraft-grade 6061 aluminum has been used. So, longevity is not an issue.

One small note about compatibility is that the scope is compatible with rifles having Picatinny rails. So, do keep that in mind when you are purchasing.

Now, let’s talk about the range. As you may already have noticed from the name of the product that the rifle has a 6-24x magnification.

Having the variable zoom property is nice, as it will allow more intuitive shooting. But you also have the long-range option, which will certainly allow you to have a better picture of your target in long-range.

Then you have the eye relief talk about. It basically means how far your eyes have to be from the scope to see the object properly. The Monstrum FFPS62450-R has an eye relief rating of 4-4.5 inches, which should probably be fine for any type of shooting.

Focal Plane is a modern feature in the field of scopes. And the FFP reticles certainly allow more precision than the SFP or Second Focal Length. It is because of the reticle size changes according to magnification. It’s just another convenient feature of the FFPS62450-R.

Now, most of you would want to know about the scope adjustment system. The Monstrum FFPS62450-R uses the MOA or “Minute of Angle”. The term refers to 1/60th of an angular degree. In short, 1 MOA roughly measures to about an inch at 100 yards.

Now the MOA adjustment system is really good at zeroing the target. Increments are smaller, so precise zeroing is not a big deal for this scope.

In the Monstrum tactical scope reviews, we have talked about some pretty intriguing features so far. But there’s more.

The scope comes equipped with an adjustable objective lens (AO). It allows for more precise shooting at long range. Moreover, eliminating parallax is also a trait of this scope, which is an added bonus.

Now you may be wondering what in the world is parallax? Well, when you are trying to hit a target from long range, sometimes you move your head and the reticle does the same. It appears to change its position. Thus, you miss your target. 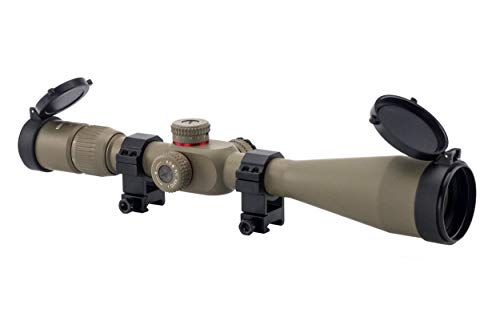 How much elevation adjustment am I looking at?

The scope has a 75 MOA adjustment which roughly calculates to 300 clicks or 5 full rotations of the dial.

Is it possible for the turrets to be zeroed after you adjust the rifle at a zero position?

Yes, it is possible.

How will the image be at full zoom?

The image is clear at 1000+ yards. The target image is very clear.

Can you put custom turret labels?

Who should buy this scope?

The answer is clearly a straightforward one. If you are someone who has to deal with long-range targets in either day or night, then you are probably an eligible candidate. There are several reasons behind it which we will discuss in our review shortly.

At the moment, just know that if you want to hit your target precisely from a considerable distance, then this scope is for you.

The Monstrum tactical 6-24×50 rifle scope review revealed many interesting facts about the scope itself. Well, it is a lot to take in. But if you are willing to spend some cash, then you might as well make the effort.

All in all, the scope performs well considering the price range. Apart from the precision and accuracy, you are getting some cool accessories.

We tried our best to pool all the necessary information together and give you all you need to know. Now the final decision rests with you.

Best Golf Rangefinder for the Money

Best Hunting Rangefinder for the Money 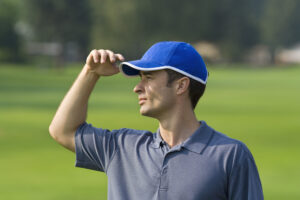 Whether you’re a golfer, hunter, or a bit of both, a solid rangefinder can be your best friend for placing perfect shots every time.

But there’s a lot to learn – what’s the best rangefinder for your goals? How exactly do these things work anyway?

Fear not – you’ll find the answers to your burning questions and more here on our blog!